Tessa is starting her GCSE's right now - the real things, not the mocks. First is her German oral, and she really did talk to herself in German in the kitchen for a couple of hours yesterday evening.

Her last practise included the following, when asked for her hobbies:

When her teacher burst out laughing, Tessa claimed she had taught her the phrases herself, and she was bored of saying she watches Hollyoaks and likes shopping and parties (the truth). Her two phrases translated:

I collect stamps. I pray for a while each day.

I think she has kept her sense of humour and everything in perspective, but I may try to drag her to yoga tonight.....

Catheryn
Posted by Catheryn, Kit and/or Rebecca at 2:44 pm No comments:

Over the weekend, I heard that the book printers Butler and Tanner had decided to close without paying the wages for their 287 employees.

We had a quote from Butler and Tanner for Victoria & Lucinda's Flavour of the Month, and it was about £7000.00 above the one we used, an overseas printer (SNP Leefung). I would have liked to use a British printer, as we do for all our paperback fiction and simple non fiction. But they were too expensive.

If I had decided to, we would I think, have lost the whole edition, as the advance copies for this book are due in a week. Our books would have been seized by the liquidators and sold to the highest bidder. Victoria Cator, Lucinda Bruce, and photographer Mark Cator, would have seen two years work vanish (although we could have printed elsewhere - the delay would have been heart breaking). Our own work would also have been put entirely at risk.

I do pity any authors who expected to see their new books from Butler and Tanner this week, and hope these projects can be allowed to leave the factory gate.... I also sympathise hugely with the workers, who have lost their jobs. They were not even well paid.

Catheryn
Posted by Catheryn, Kit and/or Rebecca at 3:55 pm No comments:

A journey into the past

Beginning with a fine review in the Independent on Sunday of The Streets of Babylon by Carina Burman.

and continuing with my onix dictated stroll through the backlist - some quotes:

from Absent Without Leave by Heinrich Böll.

'I came into contact with camels on three occasions, and each occasion ended tragically'

The first lines of Voices of Marrakesh by Elias Canetti.

'In London, in a cellar, in a neighbourhood dive - the most squalid of unlikely places - Dirty was drunk. utterly so.'

Is how Blue of Noon by Georges Bataille begins.

'A mad animal
Man's a mad animal
I'm a thousand years old and in my time
I've helped commit a million murders...'

The first four lines of a short soliloquy performed (poorly, but with worrying relish) by myself in an amateur production of Marat Sade by Peter Weiss whilst still a fresh faced student...

Kit
Posted by Catheryn, Kit and/or Rebecca at 6:31 pm No comments:

Back from the Bookfair

Helen Oyeyemi has written an excellent review of Feather Man in the New Statesman. It's a thoroughly insightful view of the book and hopefully will help it into the hands of many more people.

And back to the fair, my third and by far the busiest I've been to. There are plenty who find it exhausting, and it is tiring, and plenty who find it symbolic of the less romantic side of publishing, and lots of business does get done, but it's also a gigantic building filled for three whole days with people from all across the world whose common trait is that they are very enthusiastic about books. That, for types like me, makes it a very exciting place to be. Firstly there are the people who you only ever meet once a year (or twice, if you go to the Frankfurt Book Fair, which I haven't), then the people that you meet for the first time; all they want to talk about is books. And then give them to you to read!

We had meetings with people from over a dozen different countries, heard about hundreds of books and committed to reading enough over the next few months to stock a particularly cosmopolitan library. The British Council, English PEN, the Arts Council and more did an amazing job organizing a whole bunch of events, filling gaps in the schedule nicely. And then there's the parties, where there are even more people to meet and talk about books and, of course, gossip about other people who like to talk about books but aren't there.

Although it is possible that I got overexcited; I did apparently introduce myself twice in two days to the same prominent publisher, and was constantly surprised by meetings that had been arranged a long time before.

And now comes the sifting, which is, unfortunately, a lot more solitary...

Kit
Posted by Catheryn, Kit and/or Rebecca at 6:18 pm No comments: 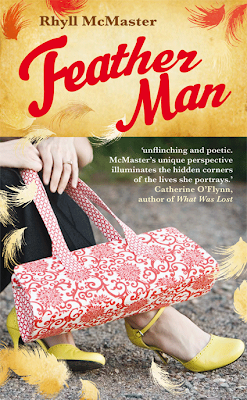 This is an entry about what writers, mainly fiction writers, do when they create the world their book takes place in.

They do not, necessarily, present the reader with the world as they already know it. They usually have some idea of the dangerous places their fiction is taking them. Not all stories are ones with happy endings.

I'm writing this since another person has told me they could not read past the beginning of Feather Man. The first one was the person who was judging the Waterstone's New Voices, which Feather Man was short listed for. In both cases, because the book opens with a young girl being persuaded into a sexual act by an older man (who does not actually go as far as he could - guys, this is blog, open to all readers, so I will not be more specific here), they stopped reading. Yes, it is unpleasant, but then books are supposed to open up worlds beyond the readers experience.

So, when we publish books by Turkish writers, we expect readers to read about djinns and spirits as if they were quite normal, as they are in Turkish culture. When Hubert Selby Jr tells of the life of a prostitute, in Last Exit to Brooklyn, we do not pre judge.

So, please, please, read past page 12 of Feather Man and find out why Rhyll has won a major prize in Australia, and had the most wonderful reviews. Discover how a young girl, who men mistreat, actually manages to get her own back. And how she may or may not have achieved the impossible - managing to stand on her own two feet.
Posted by Catheryn, Kit and/or Rebecca at 3:21 pm 1 comment: 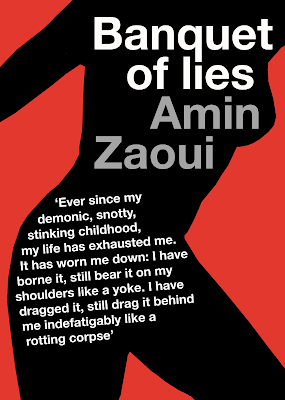 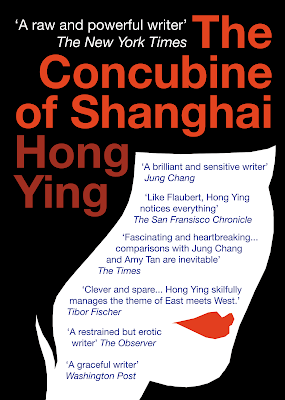 I'm sort of getting excited about the London Book Fair. We've done our rights guide, we've designed our posters (and printed them) for the stand, and here are three for you to admire. 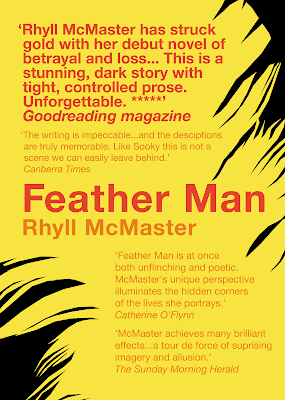 We have printed most of our Autumn books, and advances will be on the stand. The major production here was Victoria & Lucinda's Flavour of the Month - 275 x 210 mm (over 10 inches tall to those who like to visualise in imperial) with full page photographs by the talented Mark Cator.

Rhyll McMaster won the prestigious Barabra Jefferis award in Australia for FEATHER MAN, and we are working very hard to get her to a festival here. We have teamed up with the Literary Ventures Fund in the USA, who pick 6 or so books from independent presses a year, and back them with increased marketing and publicity. It's a new way of working - if the book sells then we repay the investment, like venture capitalists. When they picked FEATHER MAN, I was interviewed by phone, and it was exaclty like being in the Dragon's Den - totally draining and every term depended on my immediate response.

And we've also signed our contract with 2waytraffic who develop Who Wants to be A Millionaire and You Are What You Eat for This May Help You Understand the World, so it becomes a major TV brand. We are hoping that Lawrence Potter can be the presenter, and we are tinkering with the follow up book.

The Concubine of Shanghai by Hong Ying will be in a £7.99 format by July to tie in with the Olympics, having sold so well in C format (unusual but true - ask Waterstone's!).

Our sales kits have arrived in the USA and the only way I can cope with doing them is piece meal - so over 3 or 4 weeks they gradually take shape in the office. I have the same approach to building the list - mid August is a flashing beacon in my mind, since by then I need a new American list for 2009 fully formed and contracted, with covers arrived at after many, many versions in house, so the book hits its market.

Not all is totally fabulous - we are still waiting for reviews of Spring books, and can see that some large publishers have similar problems. But I think small can be beautiful, since success here goes a long, long way.
Posted by Catheryn, Kit and/or Rebecca at 5:19 pm No comments: